Facebook frauds are nothing new to be talked about. One of the biggest frauds in the history of Facebook is an intangible being, yes, you guessed it right! It is, none other than, “Angel Priya”. The number of people fooled by her has not been identified to date.
Jokes apart, today, we will talk about some of the common Facebook frauds that happen with many people on Facebook but others aren’t aware of it.

Let’s see what are these frauds and scams on Facebook that you should really know about and also see the ways through which they can be avoided.

Facebook is not what it was years ago, it has become a small world in itself where you get to read, write, watch videos, sell products, discuss favourite topics etc. With so many people using Facebook, it is very easy for a scammer to trap an individual. There are multiple ways through which one can get scammed on Facebook.
Let’s have a look at how scams on Facebook works:

Before we tell you about scams on Facebook Marketplace, let me tell you what is Facebook Marketplace in less than 10 words. Facebook marketplace is like “OLX” but on Facebook, it is a part of Facebook where you can buy and sell your products. Any individual can use the marketplace to buy/sell products. As it works on one-to-one basis, hence the possibility of a scam/fraud is already very high. Anyone can deceive you and sell you a fake or defected product and you will have nowhere to complain as no authority is looking over it. One instance of Facebook marketplace scam is fake iPhone ads. These ads sell iPhones at simply unbelievable price. See the image below for reference.

Don’t fall for such ads which offer products at such a bizarre price. The iPhone 11 Pro shown above is most likely a clone Apple device which is basically an Android phone designed like an iPhone and has software same like iOS. If you ever buy an iPhone at such a cheap price, then look for the Google Play Store, if you find it then, find the seller afterwards.

This is a prevalent scam on Facebook that has been going for a very long time. This scam is mostly run by unknown individuals/organizations who use fake websites that look just like famous sites such as Flipkart, Amazon or Mi.com and fools the one using it.

In many instances, such ads show mobile phones at an unbelievable price. For instance, selling a phone costing Rs. 20,000 at Rs. 2000 to 3000.This is a technically impossible price even for a second-hand smartphone.

While many people will simply laugh at the ridiculously low price offered and ignore the “Sponsored Ads”, a few may actually fall prey to this scam and lose their precious money. The dangerous part of these scams is that they make the process of buying a device so easy that you can actually fall prey to it before it’s too late.
I have shared below the video showing how these scams actually work. Do watch it to know how these ads actually look and work. When I see such ads, I report them, and you should too.

How to deal with these Facebook fraud ads and scams?

There is one and only easy way to stay safe and dodge these fraud ads and scams on Facebook.
Never believe the unbelievable prices you see at the Facebook marketplace or in Sponsored ads, they all are fake and there only to grab your attention.
Also, always Report such ads you see on Facebook in order to limit the reach of such scams and ads.

One more thing to avoid any scam/fraud is to never share your personal credentials with a person you don’t know enough. This is more of a basic privacy tip rather than a tip to avoid scams. You can read this article to know how much data Facebook and Google has in its database and how important is it to safeguard your Facebook and Google accounts.
Remember, no one can harm you unless you let it happen to you. Be safe and always be vigilant, never fall trap to any lucrative deals that are too good to be true.

In this article, we talked about scams that are going on Facebook Marketplace and sponsored ads. You can easily stay safe by not ignoring those fake deals and reporting such scams and frauds.
So, guys, this was all I had to share about online Facebook frauds carried out in India. Which one of them do you often find on Facebook?
Personally, I find these sponsored ads to be more dangerous as they can be alluring and can cause loss in seconds as compared to Marketplace scams that take a significant more amount of time.
Please share this post with those who you think are always in search of the biggest sales and let them know that all good deals are not beneficial. While writing this article, I was browsing Facebook, I found another sponsored ad, look for yourself.

Have you also been scammed on Facebook in a way not discussed above? Please share it in the “comments” section below, it will get attention as it will be the only comment, I promise!
My dear friend Anup Soni agreed to share his thought in two lines on this regard. Over to him… 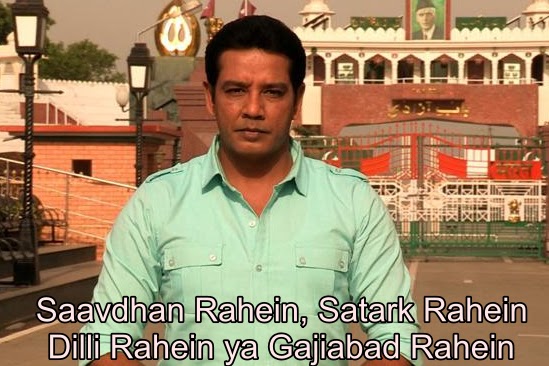